Coverage of CHFE Working Paper on $ and Online Ed

A new report by the Campaign for the Future of Higher Education warns that college administrators and politicians might be investing too much in corporate-controlled, data-driven online learning programs.

The Campaign, which was founded by higher-education faculty and staff, argues that what appears to be a trendy meritocratic educational enterprise may still lack the quality-controls and credibility of regular academic work. The report points to a dismally low completion rate—less than 7 percent, according to one analysis of 29 MOOCs—as well as the hefty costs of deploying and maintaining the technological and logistical infrastructure of the coursework.

The motivating factor behind private companies venturing into online education is not to expand access to colleges and universities or reduce costs for schools and students, but rather a desire to make money. That’s according to a report released by a national group of faculty leaders on Wednesday.

The Campaign for the Future of Higher Education claims in its report, the first in a series of three being released this month examining how private funds influence higher education, that private companies involved in online education make decisions that will benefit their business bottom line, rather than the quality of online courses for students.

A national group of faculty leaders on Wednesday launched the first of three reports that will shine a critical spotlight at the influence of private funds on higher education. The effort is not intended to stifle the rate of change of technology in higher education, members say, but rather to broaden the conversation about the companies fueling it.

A coalition of faculty groups has declared war against online learning, particularly massive open online courses (MOOCs), because it said it believes that the fast expansion of this form of education is being promulgated by corporations — specifically for-profit colleges and universities and education technology companies — at the expense of student education and public interest.

The question at the heart of the battle is whether higher education is worthy of public investment or better suited to be an offering of big business. A report issued today by advocacy group Campaign for the Future of Higher Education examines the motives behind much of the current push for online education. 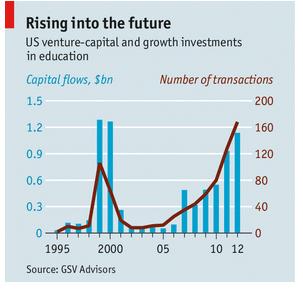