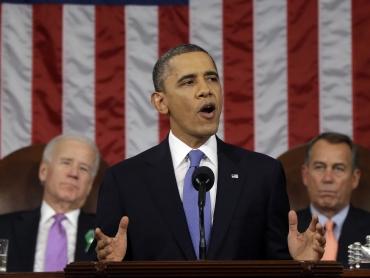 In his 2013 State of the Union message, President Obama rightly emphasized the importance of moving beyond an “austerity agenda” for our country and of recognizing that we cannot simply cut our way to prosperity.

The president has put investment on the national agenda– in research and innovation, in pre-school education, and in various aspects of our physical infrastructure (e.g, roads, bridges, bricks and mortar in schools).

Unfortunately, the President did not put new financial mechanisms for reinvesting in public higher education on the table.

To achieve his goals for a college-educated citizenry and to realize our dreams for our own children, we must talk about increased funding for higher education and new revenue sources to provide it since we lack the capacity to meet even current demand. See, for example, the CFHE report on the current capacity crisis in community colleges.

One possible revenue source for more adequate funding is a Financial Transactions Tax, which has been implemented in many countries, which the U.S had up until 1966, and which was featured recently in a New York Times article.