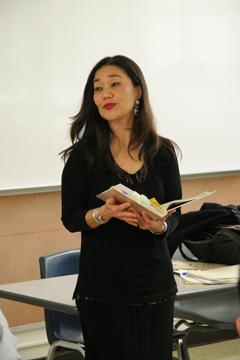 There are surely no simple answers, no one model, and no “magic bullets” for meeting America’s needs for broadly accessible quality higher education; but we believe that the following principles can provide a helpful framework for developing and assessing proposals for innovation or restructuring in the future.

1) Higher Education in the 21st Century must be inclusive; it should be available to and affordable for all who can benefit from and want a college education.

We reaffirm and expand this principle in light of the “white nationalist,” nativist, misogynist discourse at the state and national level of politics and social media.

As we wrote in 2011, “higher education must be recognized as a right and a public good rather than as a privilege and primarily a private good. We simply cannot risk a return to earlier times when education was rationed on the basis of race and economic status.”

Even more, we cannot accept that college campuses, which at their best are sites of hope and opportunity, become venues for hate and calumny. They are sites of importation, not the deportation of people and ideas.

We call on faculty and staff leaders to find ways, publicly and privately, to affirm all members of our communities and what we value in those communities, and to make clear that we are not going back. Our colleges and universities must be sanctuaries for our future in the face of political threats to return to the ugliest times and practices of our past.

2) The curriculum for a quality 21st Century higher education must be broad and diverse.

We reaffirm and expand this principle in light of an assault on the idea that more students would benefit from a broad college education, and a narrowing of who gets identified as college-ready or as needing college, as well as what programs are seen as worthwhile.

Our democracy and economy demands a population that is broadly educated for critical thinking. As we wrote in 2011, “Narrow job training alone can condemn graduates to dead-end paths—in low-wage jobs, unable to repay their student loans, and ill-equipped to adjust to changing job markets and careers.” Moreover, “civic participation cannot flourish when a liberal education is reserved for the elite, and narrow training is provided for everyone else.”

Just as in the post-WWII Era, national leaders promoted the democratic value of broad college education for the masses to counter fascism and totalitarianism, so it is important today to foreground and expand the broad education of the common person.

3) Quality higher education in the 21st Century will require a sufficient investment in excellent faculty who have the academic freedom, terms of employment, and institutional support needed to do state-of-the-art professional work.

We reaffirm and expand this principle in light of a heightened assault on the academic freedom of faculty, staff, students, and institutions, and in light of a president-elect whose mantra of fame is “You’re fired.”

As we wrote in 2011, “Faculty and professionals must have the academic freedom to exercise their professional judgment in educational decisions about what and how to teach in the best interests of a quality education and student success. They must be free and secure enough in their terms of employment to stretch and challenge students, and to apply high academic standards.”

We anticipate re-energized attempts among university administrations to hire faculty into full- and part-time precarious positions on temporary appointments that leave our academy and democracy weaker. The working conditions of our faculty and professionals are not just the learning conditions of our students; they affect democracy in our workplaces and society. Just as our democracy depends on an independent free press, so too is it grounded in an independent academy.

4) Quality higher education in the 21st century should incorporate technology in ways that expand opportunity and maintain quality. 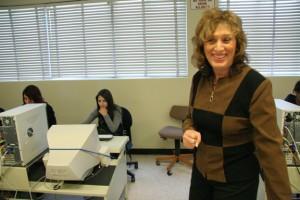 We affirm and expand this principle in light of a presidential campaign marked by abusive and bullying use of social media.

As we wrote in 2011, “Technology that enhances learning is a welcome addition to the 21st century higher education experience.” Yet it is not a panacea for either increasing student access or reducing costs. Indeed, too often it is a mechanism for providing the illusion of access to affordable, quality higher education on the cheap, which cheats students.

Our challenge, given the extent and abuse of social media, is to ensure that we educate our students and society in the ability to independently evaluate and assess the quality of online and other technology-mediated forms of information that too often fall short of—yet pass for—legitimate and reliable news sources.

5) Quality education in the 21st Century will require the pursuit of real efficiencies and the avoidance of false economies.

We affirm this principle in light of the continued and impending heightened policy commitment to cutting public sector costs.

As we wrote in 2011, “Not every cut in costs in a business—or in a college—is a real efficiency. Many of the cuts made to colleges and universities during this current economic crisis—cutting class offerings, increasing class sizes, closing departments, slashing curricula, and reducing support services for students—have helped campuses balance their budgets in the short-term, but the long-term costs of these cuts have not been adequately acknowledged or discussed.” And “a real efficiency that should be pursued will not only cut costs but also enhance or at least not harm student success and the principles of a quality higher education for the 21st century outlined in this document.”

Now, more than ever, our concern is that policymakers who seek to further eviscerate public sector entities and who have little commitment to providing affordable, quality higher education to the masses will be singing “the austerity blues” and seeking false economies in the name of efficiency. 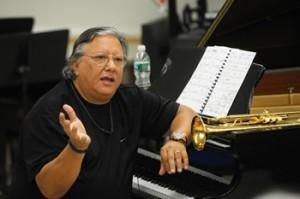 We affirm and expand this principle in light of the almost certain new subsidies for, and promotion of, for-profit higher education, and of reduced resources to public higher education and, indeed, to all public entities.

As we wrote in 2011, “Money will not solve all of higher education’s problems, but adequate public investment in an enterprise so crucial to the country’s future well-being simply must be provided.” Further disinvestment will further undermine our democracy and, in narrower terms, our global position economically, as higher education is one of our nation’s most economically valuable and productive sectors.

Already we are hearing those in the pockets of for-profit higher education claiming that the demise of this sector was caused by government regulation. The truth is that the lawsuits against certain for-profits, as against Trump University, are caused by fraudulent corporate practices that preyed upon and cheated consumers. We should be investing our federal research and federal and state financial aid monies and appropriations to public higher education rather than subsidizing corporate for-profit higher education institutions taking advantage of both students and taxpayers.

7) Quality higher education in the 21st century cannot be measured by a standardized, simplistic set of metrics.

We affirm this principle in light of the likely further imposition of accountability metrics and heightened completion metrics in higher education.

As we wrote in 2011, “Simplistic measures of success in K-12 that are the legacy of No Child Left Behind and Race to the Top, which have not served our country or our children well. We should not continue to extend that same mistaken thinking to higher education.”

A more fruitful direction would recognize that educational success, like human health, is context specific and best defined locally. It requires a sensitive assessment of various dimensions of the institution, faculty and staff, and student body, and should not involve the imposition of federal or statewide reductionist measures.

Speaking out and taking action is never easy, but as Rev. Martin Luther King wrote, silence is assent, and is “Why we can’t wait.”

If anyone or any cherished value in our community is assaulted, we all are assaulted.

If we, as a community, fail to denounce such assaults and to announce again that we all belong here, then we essentially countenance such acts, and we accept the path of the worst futures that lie before us.

And in the face of the first assaults on the higher education community, we, as faculty and staff leaders, say to all of our students, staff, and faculty, you belong with us, whatever your race/ethnicity, gender identity, nation of origin, sovereign tribal community, immigrant status, social class background, religion, disability status, or any other identity some would like to exclude.

We not only want you within our community, we need you in this community. To preserve it, and to help us more fully realize the best possibilities of our democratic and intellectual community.